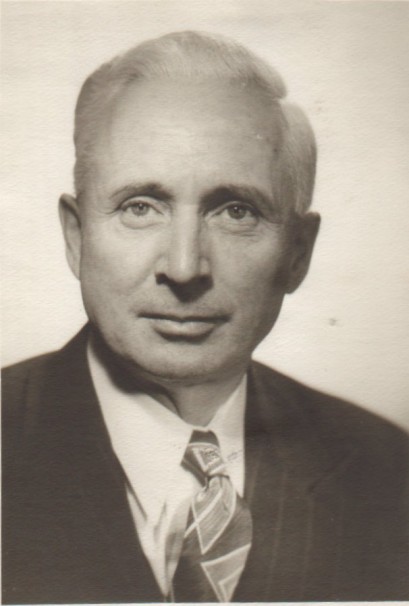 During the lumber boom of the early 1900’s Donald Carson packed up his family in Bracebridge and headed west for Parry Sound.  The Carson Family settled in at 33 Church Street, when Frank Carson was just a toddler. He and his brothers, Bill and Gerald were introduced to the game of hockey at an early age. Their early interest in hockey would one day take them from playing on Georgian Bay to starring in the NHL.

Frank boarded in Woodstock while attending Woodstock Boys’ College and played for Woodstock in 1918-19. Woodstock defeated Stratford for the OHA title in 1918-19. Stratford recognizing Carson’s skill enticed him to play in Stratford with Howie Morenz. Frank Carson’s interest in hockey grew and he was referred to as, “the lion-hearted right
wing star” of the Stratford Midgets in the OHA Jr. Hockey. He played for the Stratford Junior, Intermediate and Senior Teams from 1919 – 1925.

In 1921 the Stratford Midgets, led by Frank Carson and Howie Morenz won the OHA Championship. They advanced to the Memorial Cup only to be defeated 10-9 by the Winnipeg Falcons in the two-game total series.

In 1926, Carson signed as a free agent with the Montreal Maroons of the NHL. After their second season in the NHL, the Montreal Maroons captured their first Stanley Cup defeating the Victoria Cougars. A young Frank Carson was a big part of that championship team. Frank played two more years with the Maroons before being sent to the Stratford Nationals and the Windsor Bulldogs of the Can Pro and the IHL.

He was team-scoring champion in 1927-28 and in 1929-30. In 1928-29 the line of Carson-Neville-Emms brought Windsor their first professional hockey championship. It did not seem to matter which team Frank played on, or at what level, he was always a scoring leader in both goals and assists.

In 1930 he was named to the IHL First All Star Team when he topped the international League scoring with 53 points. He was then traded to the New York Americans in the NHL with Hap Emms, Red Dutton and Mike Nevelle for a total of $35,000.00. The Detroit Falcons secured Frank for the 1931-32 season. In 1932 the Detroit Falcons changed their name to the Detroit Red Wings. On November 10, 1932 Frank once set his footprint in professional hockey when he scored the first goal in Detroit Red Wing History and the first game winner in Detroit Red Wing History in a 3-1 win over Chicago Blackhawks.

Frank Carson was the original #9 for the Detroit Red Wings, a number that was later made famous by another great Red Wings player, Gordie Howe. In 1934 the Red Wings won their first Prince of Wales trophy, for finishing first in the
American Division of the NHL. Frank then retired after sixteen brilliant seasons of professional hockey.

He coached the Windsor Mic-Macs in 1935 before finally hanging up his skates as an active participant in professional hockey.

In 1938 when he was asked to comment on the views of the modern game he said, “This so-called streamlined hockey is just aggressive play and it’s having success in the matter of goals. But to my mind, it doesn’t compare with the old style game where a man had to depend on his all-round merits.”

Upon his retirement he worked for Industrial Acceptance Corporation, Chatham/Windsor, and deftly stickhandled his way through ledgers and account books instead of a rough and tough defense.

In 1950 he purchased and operated a grocery-hardware store in Crumlin, a village near London, Ontario. He coached the Crumlin Flyers in the early 1950’s, a task he took seriously, but preferred to spend his time in other ways. He very much enjoyed the hunting and fishing trips with his small group of close-knit friends. He was an accomplished golfer
and soccer player. His untimely death at age 55 in 1957 shocked the local community. Frank was a determined competitor and a consummate team player. He was a smooth and graceful skater and possessed great puck handling skills. He never took or invited too many penalties. He was somewhat of a philosopher and looked upon hockey as a lot of fun and a good trade. He was always held in very high regard for his integrity and perseverance from all those who had contact with him.

Notes
Brother of Bill and Gerry