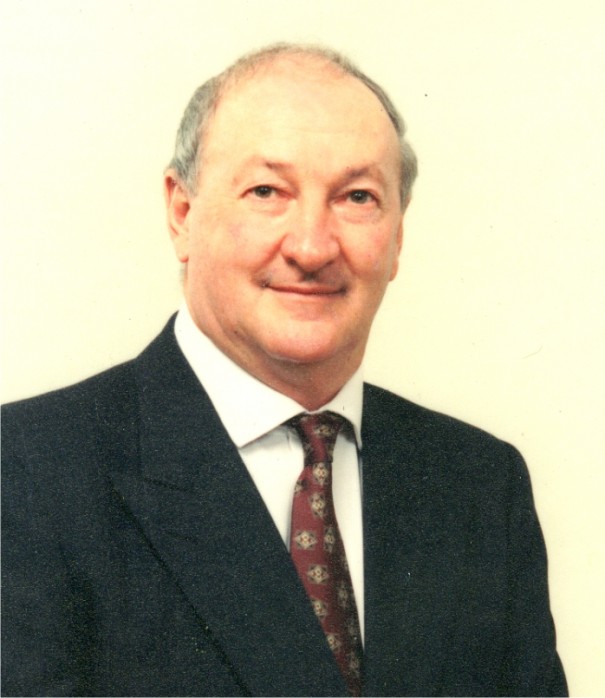 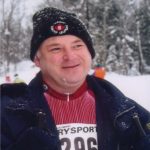 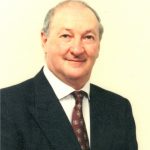 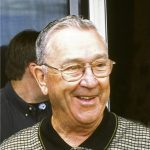 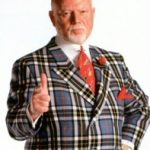 James Fraser Matthews was born in Parry Sound on November 27, 1934 and lived at 33 River Street. He attended Victory Public School where his pleasant fun loving personality endeared him to his classmates and teachers. As a natural athlete he enjoyed hockey, baseball and basketball. Everyone wanted to be on his team.

Jim’s interest in the business world began at an early age with his first paying job at the Georgian Bay Creamery. He had a frosty relationship with management and was told to, “make like a banana and split”. He then set pins at the blowing alley downtown, worked as a shoe shine boy on James Street and as a well-dressed Bell Hop at the Belvedere Heights Hotel, where he used his charm and infectious smile to squeeze the elusive tip from every customer. It did not take him long to see a business opportunity around every corner.

Later in high school, he turned to politics winning an election, becoming the Prime Minister of the Parry Sound High School. Everyone thought the reign of terror was about to begin as Jim was capable of anything. His zest for life, sense of fair play, ingenuity and genuine compassion for others were evident when he graduated from Parry Sound High School and left Parry Sound to make his mark.

He was off to Ryerson, playing hockey while studying electronics. Mac Childerhose convinced him to accept a hockey scholarship at Clarkson College of Technology, New York. In spite of his scholarship he could not afford to remain at Clarkson, so he returned to Ontario and worked at Dennison Mines, Elliott Lake for the next fifteen months.

His entrepreneurial instincts kicked in and he saw an opportunity and opened Jim’s Barber Shop, cutting hair “on the side and sometimes on the top”.

He returned to Clarkson and Graduated in 1960 from Clarkson with a Bachelor of Science degree. Jim began working for Johnson Controls in Syracuse, New York. In 1961, he married the beautiful Judy Treeter and they settled in Binghamton, New York.

After turning down a promotion and a move to New York City, Jim and Judy decided to raise their family in Binghamton, and start their own electrical contracting business, MATCO. The electrical business flourished and quickly became a big part of their life.

However, hockey was in Jim’s blood. In 1973, he introduced professional hockey to Binghamton as the Owner and President of the Broome Dusters in the newly formed North American Hockey League that he helped to create. Not one to forget his Parry Sound roots, Jim brought the sturdy high scoring Roddy Bloomfield to the Dusters, along with the feisty flashy Neil Clairmont. He hired Wayne Clairmont as a no nonsense player and coach and Ron Orr as an efficient determined Manager. With Jim’s foresight, perseverance and generosity, Broome Dusters Hockey caught on. Jim quickly earned the respect of the players and the entire Binghamton Community.

He provided all his players bright orange Chrysler Duster cars and had the Duster logo painted boldly on the side. This promotion was very successful in promoting Duster hockey but did little for the trade in value of the cars. Ron Orr as manager, invited brother Bobby to help generate further interest in Hockey. Ron was so popular and his influence was so significant that Bobby would be introduced at fund raising events as Ron Orr’s younger brother. The Broome Duster Booster Club became the social club of choice, particularly among the young women who idolized their favourite players.

Neil Clairmont was there in the early years and remembers, “After the first half season, hockey in Broome County was not going very well. Next thing you know the rink is filled. There were 4855 seats and all the time I played in Broome County for Jim Matthews every seat was taken. It was the number one ticket in town. Jim’s foresight, generosity and his know how in marketing made it a great place to play hockey. Everybody just loved us.”

Jim’s influence on hockey was so overwhelming that, Hockey News named Binghamton, “Hockey Town USA”. No one would have expected, including the ever-optimistic Jim Matthews, that hockey would grow to be such a significant part of the Binghamton community.

His legacy, as a hockey builder in Binghamton is as solid as the granite in Parry Sound.
Today, Binghamton enjoys three indoor hockey arenas where thousands of boys and girls play hockey in several leagues in all age groups, while many of their parents play hockey in the men and women’s leagues. Old-timer Hockey teams enjoy a unique camaraderie and share stories of how they should have made it to the NHL. Schools now have hockey programs. Kids can be see playing road hockey in all seasons. Hundreds of visiting hockey teams come to Binghamton to play in tournaments and inter-league play. Fans of all ages have taken to hockey and support their favourite teams with a frenzied loyalty. Stores that never heard of shin pads or shoulder pads, now carry a full line of hockey equipment.

The history of hockey in Binghamton is an ever-growing story that has attracted the attention of the entire hockey world. The 2008 Binghamton Senators, the affiliate of the NHL Ottawa Senators, mark the 35th consecutive season of pro hockey at the Broome County Memorial Arena.

Jim’s remarkable contributions to hockey and to his community have not gone unnoticed. He has received many awards and citations, including the Donald Frank Award – Service to Hockey, Key to the City of Binghamton, Community Achievement Award, United Way Special Community Award, Boy Scouts of America Citizen Award, Distinguished Alumni Golden Knight Award from Clarkson University. He is one of the first Inductees in the Binghamton Hockey Hall of Fame.

Jim is a highly successful promoter, executive, inventor and entrepreneur. He bought Glenn Burney Marina in Parry Sound 1968, and after forty years, it remains a family business. MATCO, the Electrical Contracting Company he founded in 1965, grew to be the fifth largest electrical contracting company in United States. He currently owns and operates several businesses, with annual sales over one billion dollars. They include manufacturing, automotive distribution, automotive dealerships, real estate development companies, and wholesale distributors of electronic parts.

The Matthews conglomerate is a family affair with children, Doug, Jim Jr. Theresa, John, Robbie and their spouses all involved in the businesses. Jim attributes his success to having a high regard to for his employees and customer satisfaction.

There is more to Jim Matthews than hockey and business. He has served on many Boards and charitable organizations. His many humanitarian contributions have benefited the unfortunate. His generosity has improved the lives of many. He is a model of inspiration.

He loves to play golf. But most of all he loves his family and cares deeply for them.
Jim Matthews is a Parry Sound Boy, who has made his mark.
He is recognized for his remarkable achievements, his outstanding success and his meritorious service to others.
As a most worthy individual, the people of Parry Sound are proud and honored to induct Jim Fraser Matthews into the Bobby Orr Hall of Fame.